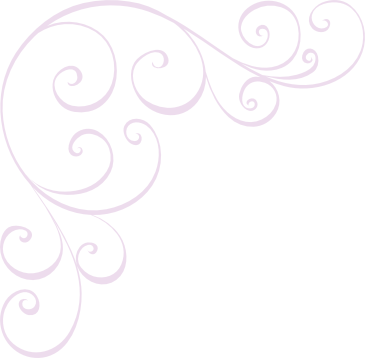 Ancient tradition says that St Paulinus (who converted King Edwin of Northumbria and many of his subjects to Christianity early in the 7th century) preached at a place between Easingwold and Stillington which was still known as the meadow of Paulinus in the time of King John and was marked by a ‘Cross of Paulinus’ in the late 13th century.  The site was probably part of the present Golf Course (Pullans Carr).

The first church at Easingwold was probably built in Anglo-Saxon times, and there was certainly a church with a priest here at the time of the Domesday Survey (1086), but nothing remains of this building. However, a church, which was at least partly stone-built, existed by about 1150, as part of a capital of a column, dating from the first half of the 12th century, was found some years ago in the rubble filling of the vestry wall.  This is now built into the North-east corner of the Lady Chapel as a plinth.

The church was almost entirely rebuilt between 1388 and 1418 when Thomas Dalby (1388-1400) and Stephen le Scrope (1400 Ð 1418) were Archdeacons of Richmond. Their arms can be seen in the stones at the base of the North aisle windows. The existing structure is substantially of that time, but includes some earlier features in the new work. The North doorway (the Raskelfe Door), which is now bricked, is of early 13th century date, and the window in the West wall of the nave dates from the first half of the 14th century, so this wall was probably part of an earlier building. The font also dates from the 13th century, though it has been heavily restored.

As first rebuilt, the church had no tower, and the old buttresses at the West end of the church can still be seen partly in the tower walls.  The tower was added towards the end of the 15th, or beginning of the 16th century. There was a large open arch left in the West wall of the tower forming a lofty porch where courts would be held, public business transacted and marriages entered into. This was blocked, probably in the 17th century, though the outline can be seen from both inside and outside the tower.  During work in 1990 the lower 3 feet of the tower were found to have a different filling and charcoal burn from the upper part, suggesting the base is older than the higher reaches.

In 1858, the church was extensively restored.  The chancel roof, which had formerly been low-pitched like that of the nave, was given its present form, and the existing East window was inserted and glazed with stained glass as a memorial to three former vicars, John Armitstead (1771-1812), Edmund Paley (1812-1839) and Samuel James Allen (1839-1856).  The existing pews and West gallery also date from this time Wood from the older pews has been used as kick-boards between them.  The present South porch was also built in the 19th century.

The church was again restored between 1979 and 1991, when the pews were cleared from under the gallery and the font was moved to its present central position from just inside the South door.  The stone flagged flooring of the sanctuary and nave, and the stripping of the walls to cure rising damp, was done at this time.  When the sanctuary walls were stripped the remains of the medieval ‘piscina’ (a basin for washing the priest’s hands and the chalice and paten) were found in the South wall.  The piece of white limestone in the North wall of the sanctuary comes from the Byzantine church at Samaria which commemorated the death of St John the Baptist.  Here, according to John Phocas (1185), the head of the Baptist was found.  Further restoration included the shortening of the gallery, which had stretched right across the West end of the church, and the building of the staircase in the North aisle, replacing the 1858 staircase in the tower.  This alteration, together with the re-glazing of the West window with plate glass revealing the Ringing Chamber, considerably improved the lightness of the church.

There are eight bells, five of them dating from 1788 by Dalton of York; one dated 1887 by John Warner and two modern bells by Gillett and Johnson which were given in 1950 in memory of Mrs E.L. Segar, the wife of Rev. Halsall Segar (Vicar 1911-1926).  The 18th century bells have interesting inscriptions such as: “We call the people.  We adorn the festivals”,  “Be social, have peace and Good Neighbourliness”,  “Glorify the Lord thy God with the voice of Praise - Glorification”.

The 1979-91 restoration included the painting of the chancel ceiling in medieval colours matching the front of the gallery, and the restoration of the organ.  A major alteration was the provision of the new vestry behind the North of the tower.  This was designed by Mr Robin Agar of York.  The large cross on its North wall is made of 15th century timbers from the ancient parish of St Crux in York.  In this vestry is also the former High Altar dated 1696, and the original stone from the Galtres House gateway commemorating the Peninsular (Spanish) war of 1809 - 1814.

Twentieth century additions to the furnishings include the organ and case (1903), the pulpit (1906) and the communion rails (1915).  The high altar, reredos and the panelling in the sanctuary, and the altar and screen in the Lady Chapel are from the workshop of the late Mr Robert Thompson, the Kilburn craftsman, whose work can be recognised by the little mouse he invariably carved on it.  These were given to the church in 1948.  The font cover with the Dove was carved by Mr Grainger of Acorn Industries, Brandsby, in 1979.  The dates on three of the chancel beams record major restorations, and the initials are probably, and certainly on the 1988 beam, those of the architects.  There are some 18th and 19th century memorial tablets on the walls, the best of which commemorates Thomas Rayns, a former Lord Mayor of York, who died in 1713.  He lived at the former Easingwold Old Hall.